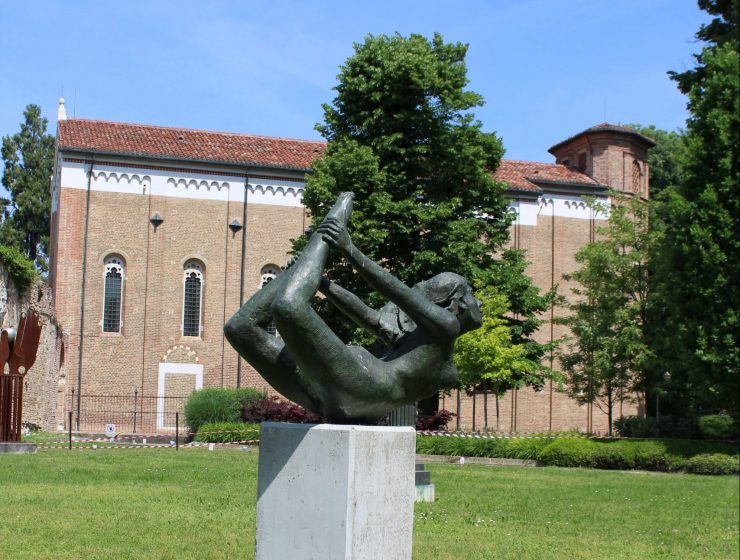 The figure of the bow, dear to the author who cultivated the discipline of yoga from a young age, is masterfully depicted here.

This Hatha Yoga pose is called ‘Dhanurasana’ in Sanskrit, a term derived from the words dhanura ‘bow’ and asana ‘pose’.

Through the yoga pose of Dhanurasana, we ourselves become the bow, while our mind, freed from thoughts, becomes the arrow to be shot to reach the target, i.e. one’s goals of awareness.

This statue by Guido Sgaravatti therefore represents the humankind who, with humility and the fatigue due to the position assumed, launches the mind (the arrow) towards the heavens, joining with them.

The artist thus launches his arrow to posterity, inviting them to contemplate the beauty of creation.

Guido Sgaravatti has thus interpreted this yoga pose, which the observer admires for its plasticity, the harmony of the forms and the beauty of the work in its entirety.

In his work, the artist created asymmetry to represent the imperfection and vulnerability of man, who struggles to evolve upwards, detaching his mind from earthly impermanence.

The sculpture’s half-closed eyes well represent the meditative state that is sought in this pose.

Guido Sgaravatti started working on the statue in 1984 and finished it in bronze in 1991.

The statue was made with the technique of lost-wax bronze casting. The artist himself retouched the wax directly in the foundry.

He made three copies of it, not perfectly identical to each other because they were individually characterised by the artist before casting.

The first work was commissioned and is located in Giardini Naxos, near Taormina.

A second copy is part of a private collection.

The third was donated to the city of Padua by the author’s heirs, Antonio, Elena and Francesco Sgaravatti.

The work has been placed in the Gardens of the Eremitani Museum, a few steps away from the Scrovegni Chapel. The inauguration ceremony will be held on 8 June 2022 at 11.30 a.m., the anniversary of Guido Sgaravatti’s birth. 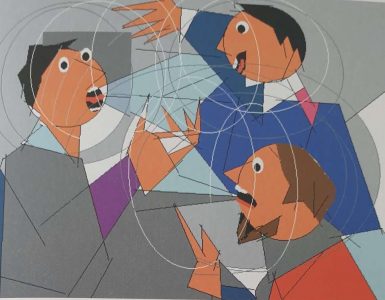 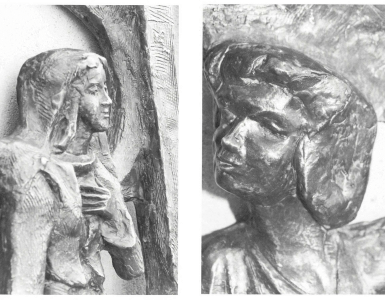 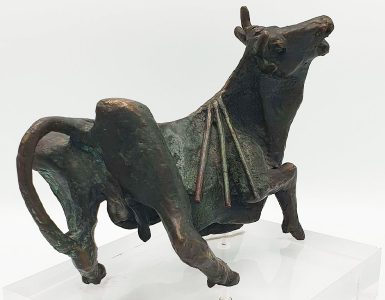